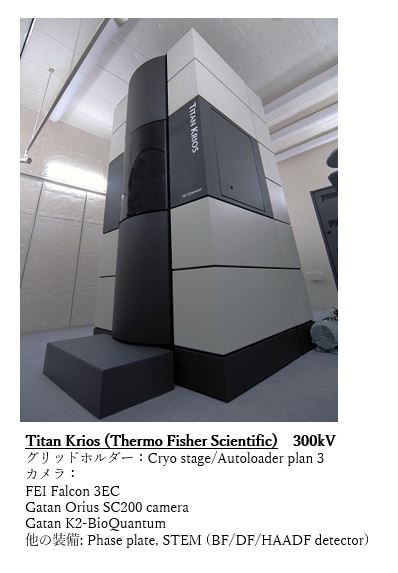 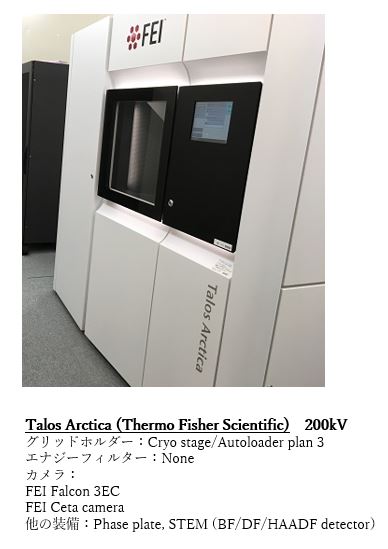 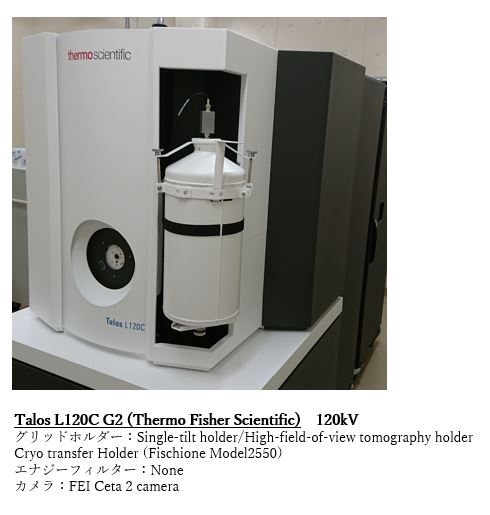 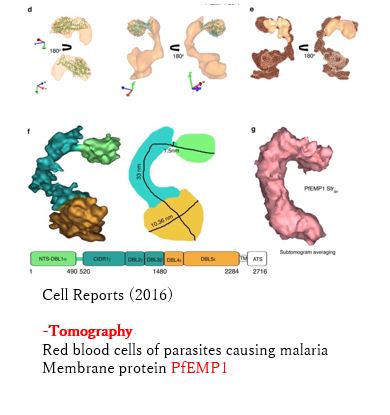 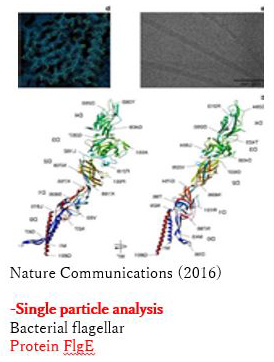 Operating the Imaging Section of Research Support Division at OIST (Bruno Humbel)
He is in charge of managing the OIST common facility for imaging (electron microscopy, light microscopy and x-ray microscopy) and providing research support service. In this project he supervises the cryo-preparation and structural analysis of proteins by cryo-EM. He also works on the improvement of sample preparation and imaging.

Operating structural analysis and the short-stay training programme (Bruno Humbel, 菅野 亮, Malgorzata Hall)
For structural analysis of proteins they teach and support sample preparation, quality control of samples, acquisition of cryo-EM data and their analysis. They also accept trainees of members of the national cryo-EM Network for a short-stay training programme in sample preparation, data acquisition and analysis. The workshop aims at young scientists to disseminate and promote the skills of structural analysis by cryo-electron microscopy and to expand the network of cryo-electron microscopy users and specialists in whole Japan and other Asian counties.

Structural analysis of proteins, etc., using the cryo electron tomography (Ulf Skoglund, Lars-Goran Ofverstedt)
They collect images of isolated samples or composites, or cell or tissue samples within the vitrified ice layer from various different angles, and use these images in the 3D structural analysis. At the same time, they also work on the development and improvement of analysis algorithm and its software package. In 2016, they succeeded in visualizing the process that Plasmodium falciparum erythrocyte membrane protein (PfEMP1) binds to an IgM antibody to form a bouquet expressed on the surface of a malaria-infected red blood cell, which contributed to obtaining a clue to a cure against the infection strategy of malaria (Akhouri et al., 2016, Cell Reports 14, 723-736).

Structural analysis of proteins, viral particles, etc. using cryo single particle analysis method (Matthias Wolf)
In 2016, studying the bacterial flagellar hook which functions like a universal joint of the bacterial flagellar, the molecular system that makes bacteria motile, his team determined the structure of FlgE, the protein forming the hook, and revealed the mechanism of how the protein polymerizes to form the stable structure of the hook (Matsunami et al., 2016, Nat Commun. Nov 4;7:13425. doi: 10.1038/ncomms13425).